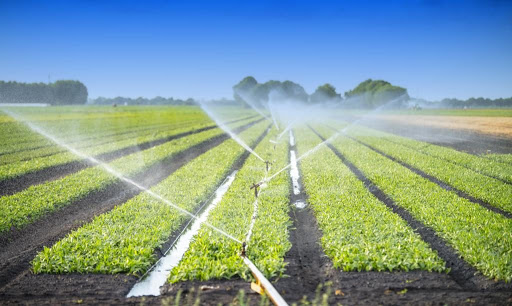 The fallout from increasing global temperatures, a worldwide pandemic, and political unrest is causing projection reductions for crop yields in some countries as much as 50% this year, and small-scale farmers are the most affected with crop net revenues falling by as much as 90% by 2100. The consumer preference for consistent, year-round availability of produce has expanded because of the Controlled Environment Agriculture(CEA) industry, even surviving the recession of 2008. “That indicates to me, that no matter what the next recession brings, CEA food production systems will be firmly entrenched in U.S. agriculture production practices,” says Gene Giacomelli, Professor of Biosystems Engineering and former Director of CEAC at The University of Arizona.

CEA has emerged as a viable, contemporary agricultural practice over the past 50 years. There have been dramatic improvements in efficiency metrics including overall crop yield per square unit and reduction of wastage due to disease, nutrient deficiency, or damage to the product. From Space to Antarctica; from rooftop greenhouses to rural farms worldwide, CEA has proven itself to be not only a complement to open field crop production, but in some instances, a competitive alternative (or in the case of Space and Antarctica the ONLY) approach. Today, more than 60% of all fresh tomatoes consumed in the U.S. are grown in controlled environments and that number approaches 100% during the North American winter. Here’s how it happened…

In the 1990s, the U.S. greenhouse production shifted from its infancy to a steady supplier of fresh produce. While greenhouses use the sun as their main source of light, they can also make use of supplemental lighting for additional growth. This advantage, along with the ability to control and protect the growing environment, encouraged large farming corporations to enter the space in the Northeast, Arizona, Colorado, California and Texas. Environmental control enabled these early adopters to produce crops like tomatoes, cucumbers and lettuces year-round. During the same time, small family farms were often adding greenhouses to complement their traditional open-field production.

During the next decade, the major suppliers of field-grown vegetables in Canada and Mexico also began focusing on greenhouse production. The 2000’s firmly established CEA vegetable production as a viable commercial growing method.

In the 2010’s, vertical farming became more mainstream when Dr. Dickson Despommier published the book, The Vertical Farm: Feeding the World in the 21st Century. Vertical farms are essentially plant factories, with multi-level grow systems in insulated buildings using only electrical light instead of sunlight for plant growth. Although there were most likely small scale vertical farms before it, Sky Greens in Singapore was the first vertical farm to begin large scale commercial operations in 2012. Vertical farming became more commercially viable largely because of the advancing technology of Light Emitting Diodes (LED). These distributed light sources are less energy-intensive than the industry standard high-intensity discharge lamps, but more importantly, allow growers to move lights closer to the crop without burning or overheating. This enabled business developers to stack hydroponic grow systems, producing significantly more greens in increasingly smaller spaces. Now confined urban areas where arable land is very limited, could become producers of locally-grown, fresh food.